How to take a risk and earn cool points

It was my first track meet.

Our son was competing and like other parents was there to cheer our son on to victory.

The wind picked up and the rain started to fall. And not that soft, gentle rain. This rain was directional and pelting us hard!

For nearly three hours the athletes, the coaches and the fans in the stands endured this miserable weather. We were cold and we were drenched.

Ten minutes before the three-hour mark, the announcer made the announcement. The meet was being called due to inclement weather.

You should have seen the look on some of the parent’s faces; they were priceless. The same refrain could be heard throughout the stands, “they should have called this meet for inclement weather hours ago!”

Here’s why I believe the meet was allowed to continue as long as it did.

Roll of the dice

Track meets are big events and like all successful events require planning and coordination especially when there are four schools involved. Whoever was in charge of the meet’s event, decided to risk athletes playing in wintry weather versus rescheduling another meet which would have been a logistical nightmare.

Was it worth the gamble? I think the district would say it was.

Cost-saving measure
Most school districts are watching their pennies and rescheduling the meet would have meant an added payroll expense. Bus drivers would have been called on again to take students to and from the game.

Why now?
As the three hour mark approached, maybe it was mentioned that the bus drivers were still on the clock. They still had to take students back to the school and return buses back to the barn. The longer the meet dragged on in the cold and wind, it was costing the district. The stadium lights, the security, the extra staff all cost.

Missed opportunity to score brownie points
The event coordinators could have stated the obvious. Parents, we know it’s cold and rainy but we’re going to try and knock out as many events as possible. That would have made sitting on cold, wet bleachers a little better. It would have united the crowd together behind a common cause. This statement would have acknowledged the obvious and shown concern for the parents, athletes, coaches and support staff.

Please and Thank You
At the near three hour mark, the announcer simply said, “the game is being called due to inclement weather.” There should have been a thank you attached to this announcement. Thank everyone for enduring the cold conditions. Another missed opportunity to create warm, fuzzy feelings about the district and this not so great event.

As business owners sometimes we have to make decisions and take risks that may not make sense to customers or stakeholders. But communication and appreciation go a long way to smooth over such decisions and earns your company customer service cool points. 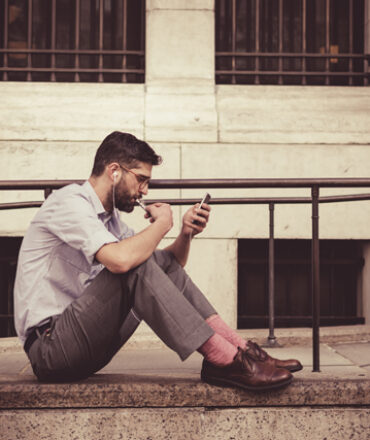