The commercials that always stopped me dead in my tracks because of their imagery, slow pans, dreamy music, and compelling copy were the Norwegian Cruise, It’s Different Out Here ads by Goodby, Silverstein & Partners.

At the time, I was a young woman in love. And all the black-and-white romantic imagery of couples slowly kissing, or snorkeling underwater, or cuddling up close sold me on the cruising experience.

I was convinced that I and my new husband would one day take such an excursion.

I had no idea that my husband suffered from severe motion sickness and there wasn’t a nausea pill strong enough for him to survive a cruise. We made that painful discovery on a very choppy boat ride from Long Beach to Catalina Island one year for our anniversary.

So, I never found out if it was truly different out there.

But my love for commercials still burned deep.

I haven’t watched the Super Bowl for the past couple of years though.

I usually catch the commercials online the next day.

During my senior year of high school, I met with my guidance counselor as it was a requirement for graduation. I told her my dreams and what my interests were. I was a self-taught graphic designer creating for the printed page on my trusty Commodore 64. I was even in charge of creating the weekly bulletin for my church and was the only teenager to ever have a key to the church office.

After pouring out my heart and sharing my dreams with my counselor, she recommended a career in journalism.

I’m thinking, ‘you’ve got to be kidding me!”

Granted, I was a good writer. So much so, when I turned in a poem instead of an essay for a writing project, Mr. Knight, my creative writing teacher still gave me an ‘A’ on the assignment. He said, “it was that good.”

I was a creative writer and a graphic designer.

And the best my school counselor could advise me on was a career in journalism.

All I knew is that I loved commercials, I excelled at creative writing, and was pretty good at marrying images and copy together for the printed page.

Confused and skeptical, I headed off to college that fall and enrolled as a journalism major.

And I hated it.

I hated everything about that class and I cursed my high school counselor on a daily basis.

I remember the professor passing out newly graded papers and praised the class for a job well done. She did say that there was one person in the class who had no business taking the class. She was referring to me. I was failing horribly and had been publicly shamed for it. But it was the truth. I didn’t belong there. She knew it and I knew it. The only thing I took away from that class was the professor’s disdain for the phrase ‘more importantly.’ She retorted the proper use was ‘more important.’ 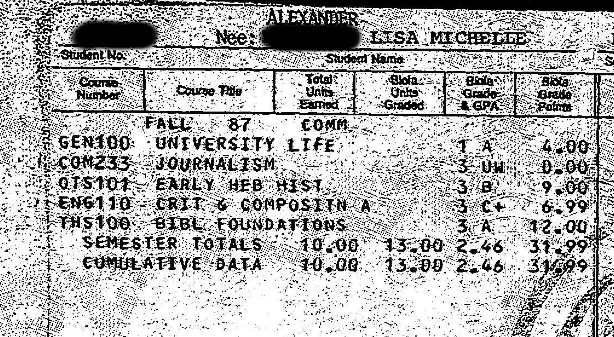 I dropped the class and dropped out of school. Thankfully during this era, you could get a decent paying job without a four-year degree with the right skill set.

Creating for the printed page was a worthy skill set. I graduated from my Commodore 64 to the newly released MAC II. I spent countless hours at what was then Kinkos, designing for freelance clients. Between Kinkos and this cool computer rental shop in North Hollywood, I had managed to build a decent portfolio for myself.

My portfolio and I headed straight to MacTemps (now Aquent) to see about finding work. I worked as a production artist, marketing assistant, and marketing coordinator. It wasn’t the advertising industry but I was still creating and it sufficed. Ninety-nine percent of the time, I was the only person of color in the room and rarely saw women in lead roles.

As much as I had learned on my own, I knew there were some knowledge gaps and I wanted to fill them. The degrees I researched were still centered around fine arts and I was a graphic designer. I couldn’t paint, sculpt or draw to save my life. Back then, I didn’t find a degree program that would fill those gaps and further my progress. 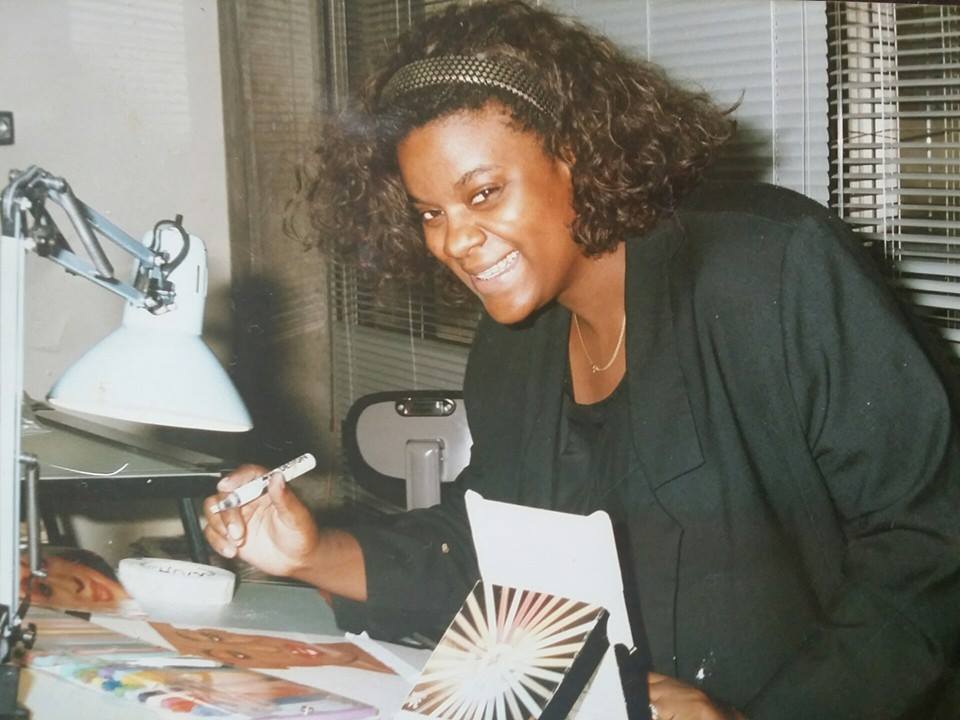 I did, however, find a graphic design vocational program. But before I could take the computer graphic design course, I would have to learn how to stipple and ink my own fonts. I was horrified. Their reasoning? What if the power went off and you needed to get a project out? You’d need to know how to do the work by hand. I can tell you that I have never had to ink a font throughout my entire career.

The Angst of Being the ‘Only One’

Before starting my own agency, I worked for nonprofit organizations, oil and gas companies, even a weekly newspaper. As a temporary employee, I occasionally worked in a few ad agencies and design studios. Those spaces were always male-dominated and I was typically the only person of color and one of the few women in the room. And it was incredibly lonely being the ‘only one.’

I’ll never forget the time I had applied for a graphic design position at a design agency in Houston. I was still new to the area and had been faxing my resume to any studio with a fax machine listed in the yellow pages. I got called in for an interview and I was ecstatic. I sat down in the lobby and waited to be called.

I finally got called back and the owner and I sat down at the most beautiful wooden conference desk I had ever seen. He did seem a bit shocked by my presence and we exchanged awkward pleasantries. I presented him with my resume and portfolio to review. He looked at my book, looked at my resume, then slowly back at me. He would turn a page, look back at my resume, and then back at me. He never said a word. It was the glare at which he scanned my face that told me there was no way in the world I was getting hired for the job. I wish I could tell you that was the only time I experienced such a glare from a would-be employer. He then told me he was looking for someone who would be a good fit for their office and blend in with the culture. No way was I blending in.

That’s when I got the idea to start my own agency. Even though I was starting to see more women and a few more people of color in departments, they were never in leadership positions. And I had finally found a mentor. After nearly a decade of working in the industry, I happened upon an article that mentioned Cheryl D. Miller—an award-winning graphic designer out of New York City. She was retiring from the industry in order to pursue ministry.

I made it my mission to find her.

What I found was a woman with an amazing story. She was one of the first Black and Asian women to successfully run a design agency in New York. She was degreed and had won numerous awards. Her client roster included BET, the NAACP, the Urban League, and a number of musical artists. Cheryl’s contribution to the industry as a woman of color is finally being recognized and her life’s work was recently donated to the Standford University library. 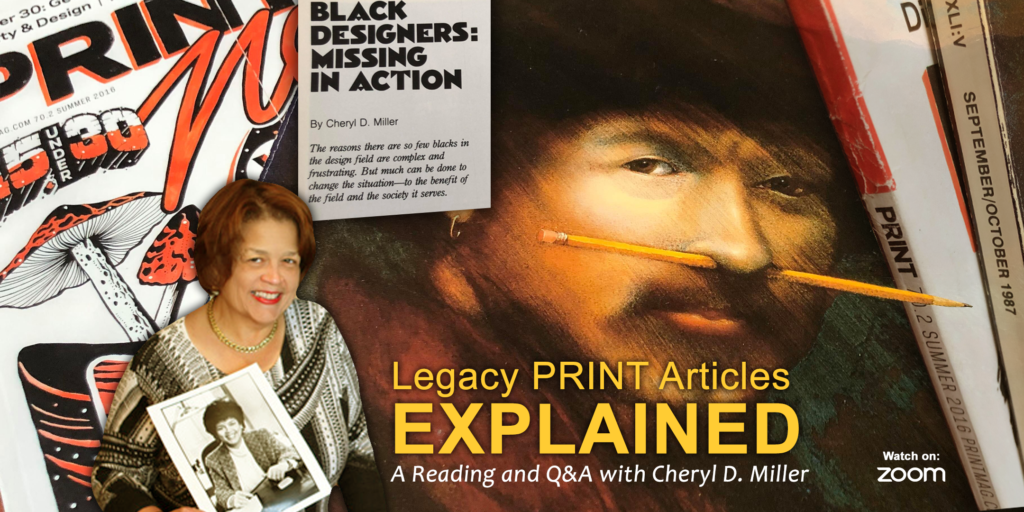 With all I had experienced and witnessed, I wanted to create a safe space for creative women and people of color to thrive. I’d heard about how abusive advertising agencies could be. It’s one of the reason’s I shied away early in my career. As much as I loved commercials and the whole creation process, that love wasn’t strong enough to subjugate myself to the abuse l knew existed. Especially being Black and female. I chatted with a colleague recently and he put it this way, “the industry is known for chewing up its young and spitting them out when they’re done.”

No, I wanted to create a space where people that looked like me could produce amazing projects for amazing clients. We would create ads for national accounts, not just the Black ones either. We would win a few awards and instead of chewing up and spitting out talent, we would mentor and empower the next generation of talented creatives. I was going to do my part to move the three percent needle forward. 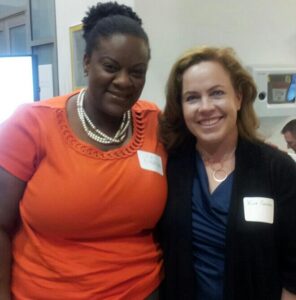 Kat Gordon, founder of the Three Percent Movement validated what I had seen throughout my career. I made a turn-around trip from Houston to Austin to hear her speak. I even had her on my podcast to talk about what I had learned. At the time, only three percent of creative directors were women and that number hadn’t budged in 20 years. Twenty. Years. But thanks to Kat’s rallying cry, women of all hues have been appointed to leadership roles within the industry and they are excelling.

Reach for the Stars, Land on a Cloud

Even with all the forward progress and support from my mentor, it never happened.

I never built the agency I dreamed about.

And I never worked on those national accounts.

But what I did manage to create was a space for me to learn how to effectively lead and inspire others, grow personally and professionally and excel at what I do. And I still managed to win a few awards and do some amazing works for clients who are making a difference where they are called to serve and lead. And for all of this, I am extremely grateful.

And I did eventually learn how motion graphics and commercials were made.

I’ve produced a few of them for clients and for myself.

Excited About the Future

When former NBA player, Shaquille O’Neal and his business partner Omid Farhang announced they were opening a creative agency in Atlanta I was thrilled. According to Black Enterprise, “The Majority Agency is planning to bring aboard a diverse pool of talent that is defined by “black and brown people, women and LGBTQ.” They even have a brilliant female founding partner in Asmirh Davis, their CSO.

In December 2020, Coca-Cola announced that they were launching a media review worth $400 million dollars. I asked a few of my colleagues if their businesses were prepared to pitch and oh, the side-eye glances I received! We knew the field was limited. I was happy to see that two of the three agencies were women-led. I’d say that’s progress.

My hope for the Majority Agency is that they:

I can’t wait to see the work that the Majority Agency produces.

Hopefully, a commercial of such creativity and beauty that it inspires a new generation of creative talent no matter their gender, color, or sexual orientation.